By Blue Dirt GirlNovember 4, 2022No Comments 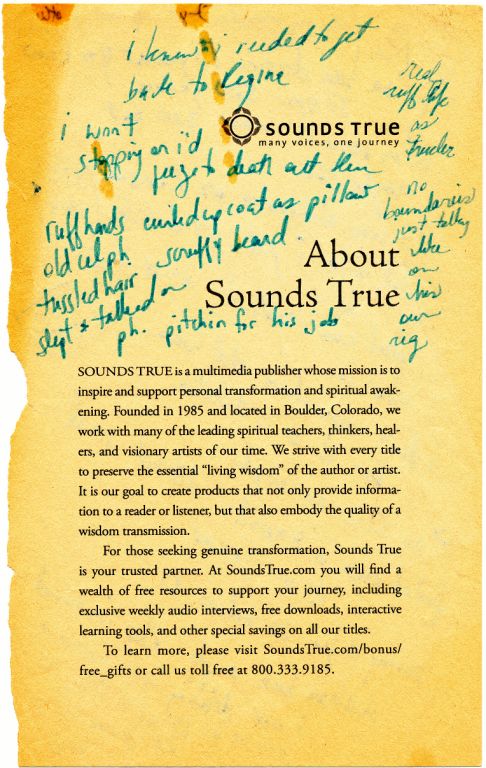 We are listening to the final mix for upcoming single ~ STC.
It is one of 12 new songs Albert and I are recording with Dan Ponich at Park Sound Studios.
All the new material will be released in 2023.

I went to see Anne Marie Macdonald speak about her new book FAYNE last night at Vancouver Public Library.(my video post here)
She spoke about ideas for books coming to her as images which she draws and then the story begins.

My songwriting ideas either come right to me like a bolt of lightning or something unsettling happens to me, someone I know, a stranger, or a passage from a book strikes me.  These ideas are inescapable.
Only letting go when I complete the song.

In 2016, I was on one of the last Greyhound buses, with Saskatchewan Transportation Company, on a bitterly cold winter day enroute from Regina to Saskatoon.
All the passengers could not help but hear a man’s intense conversation on his flip phone. I ripped out a page from a SOUNDS TRUE pamphlet and scribbled notes in the margins.
Bus trip ideas percolating (blog post 2016.)

I noted the title, About Sounds True, just this week when I found my initial 2016 notes.

Listen to 2016 phone recording early version of STC with myself and Albert.