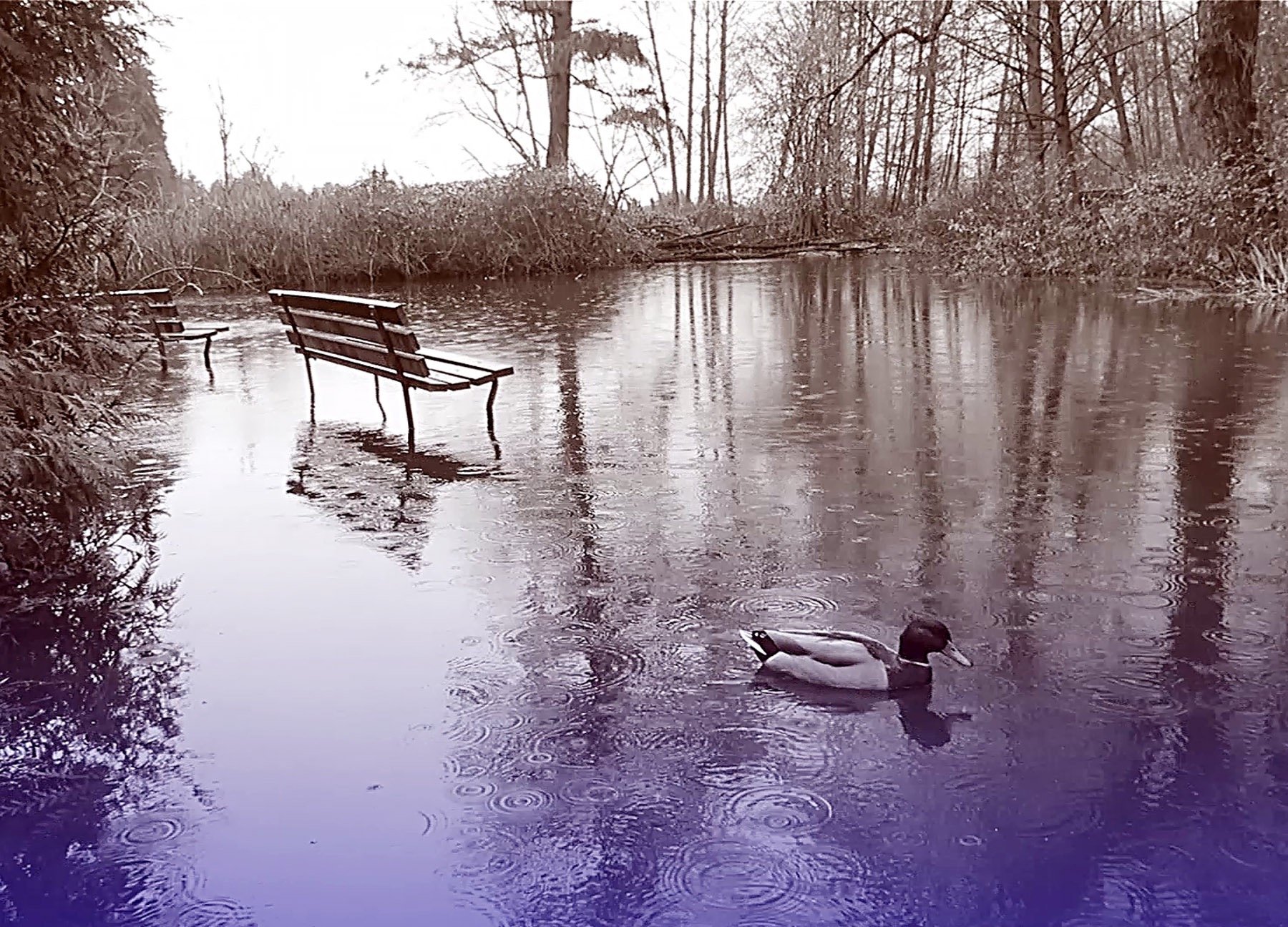 “You don’t often see a movie where the duck is the hero at the end.” Albert Klassen

Endless sunny days are discussed in blue dirt girl’s song Fill the Barrel.
This song was written by Albert Klassen with assistance from Kathryn Sutherland.

This blue dirt girl rendition is a live mastered studio recording with Albert Klassen on lead vocals and bass, Kathryn on electric guitar and back ups and Simon Kendall sitting in on grand piano.  We recorded at Hammond Ave Studio so Simon also recorded and produced Fill the Barrel.  The song was mastered by David Jewer.

I decided to record, Fill the Barrel after Chris Blades, Vancouver based artist and videographer, approached Albert  to create a video to this song.  I have admired Chris’s video work for many years and was excited to see his visual ideas for Fill the Barrel.

keep in touch with the latest blue dirt girl news