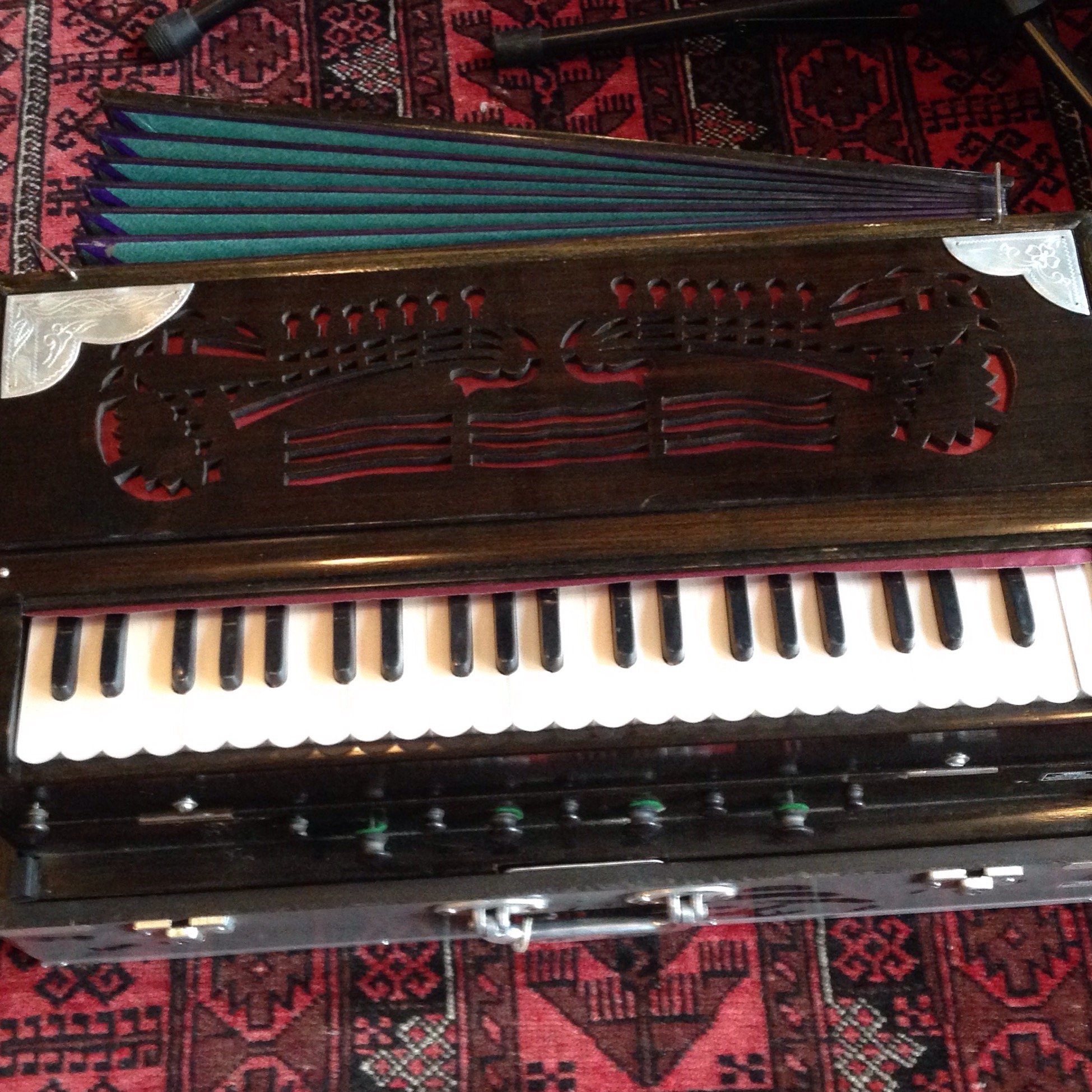 At #HammondAveStudio working on blue dirt girl recording today.  Simon Kendall had signed on as the recording engineer and producer for my blue dirt girl album.  As the process went along he became a collaborator adding his keys to each song we recorded. It would happen late at night, I would leave for the day after Simon and I agreed upon bed tracks, upon my arrival the next day Simon would say “I was up rather late last night and i tried out some ideas for the song”  This time round it is the beautiful Harmonium he will be recording.

Simon Kendall is going to use this gorgeous Harmonium, straight from Bombay, for tracks on my song Prodigal.

The eerie bent sounds of the Harmonium will fit beautifully with my bent pedal guitar patch.  It’s going to be a great recording day.
“because I said I would”