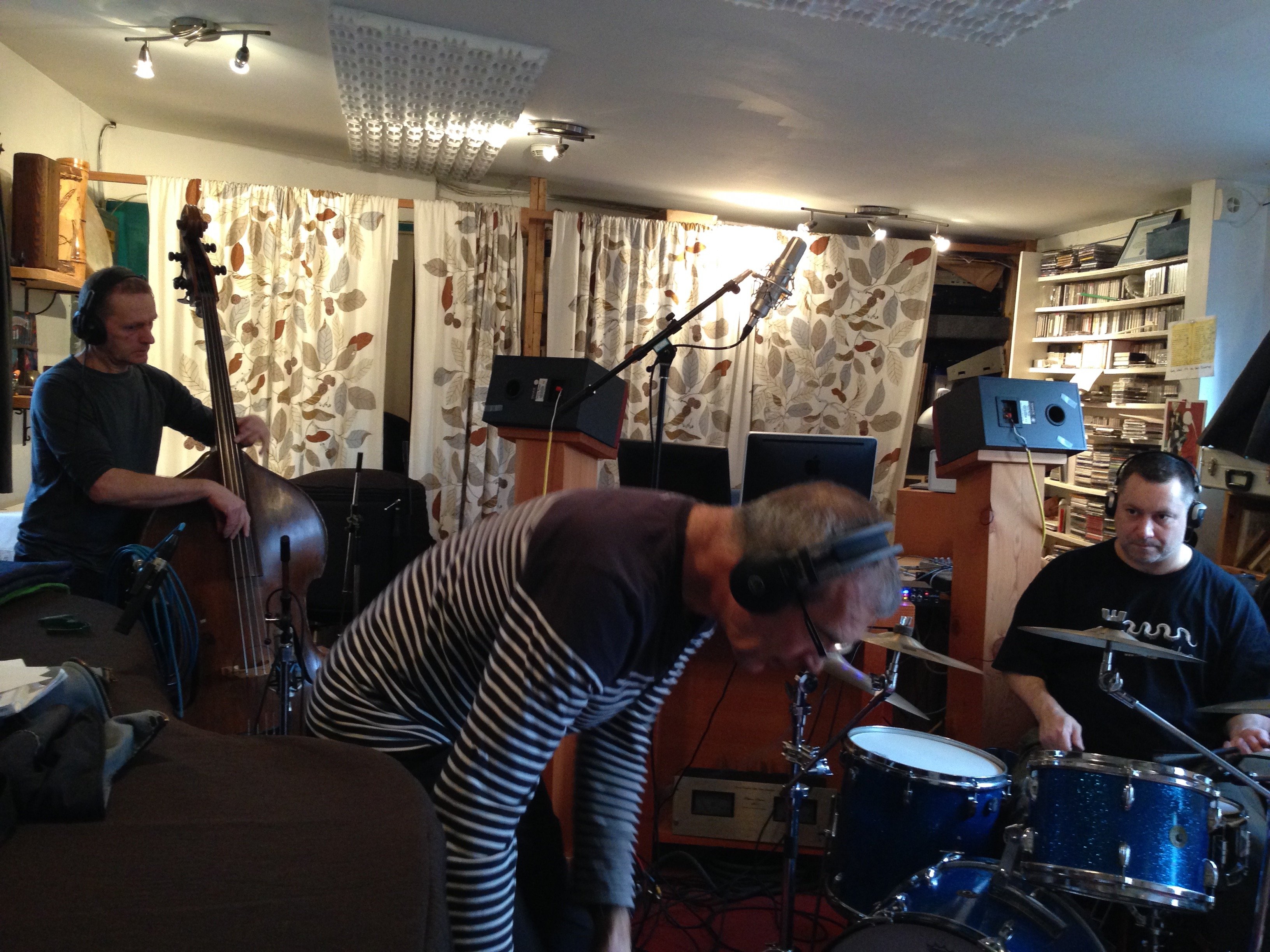 The blue dirt girl boys, Albert and Jason, and I had been working up our songs in preparation to meet Simon Kendall at Hammond Ave Studio’s.  Albert and I worked hard as a duo and sent music files to Jason so he could prepare, while on his overseas Uzume Taiko Tour, then we all rehearsed at Jason’s house, thanks again for the space,amps and mikes Jason, and figured out our parts as blue dirt girl.

I remember clearly that first session of sharing our music, for the album, with Simon in the studio.

There was a tension in the air that would not clear.  Finally Jason named it saying “It’s the same every time, in the studio, its like you are under a microscope and its hard to just play”  That broke the impasse the room seemed to open up.  By the end Jason commented “This is the most ego free room of musicians and recording engineer I have ever been part of”  That vibe of just playing music together, listening and responding and feeling joy thankfully continued through out the recording process.
There were moments of frustration but the overall vibe was one of joy, exquisite musicianship, vocals and musical ideas for the blue dirt girl sound by Simon, Albert, Jason and I.

We played through the songs and my Curling with Jack found a new sound.  Simon heard the fight between the drums and the guitar.  The song worked well as duo with Albert and I but was lost as a trio with drums.  Literally right there we started the new feel with Jason leading the way.  After a couple of rehearsals, outside the studio, Curling with Jack became blue dirt girl’s.  Big Open Sky was also searching for a sound and took a little bit longer to land.  That story later.