A note from Via Rail passengers. 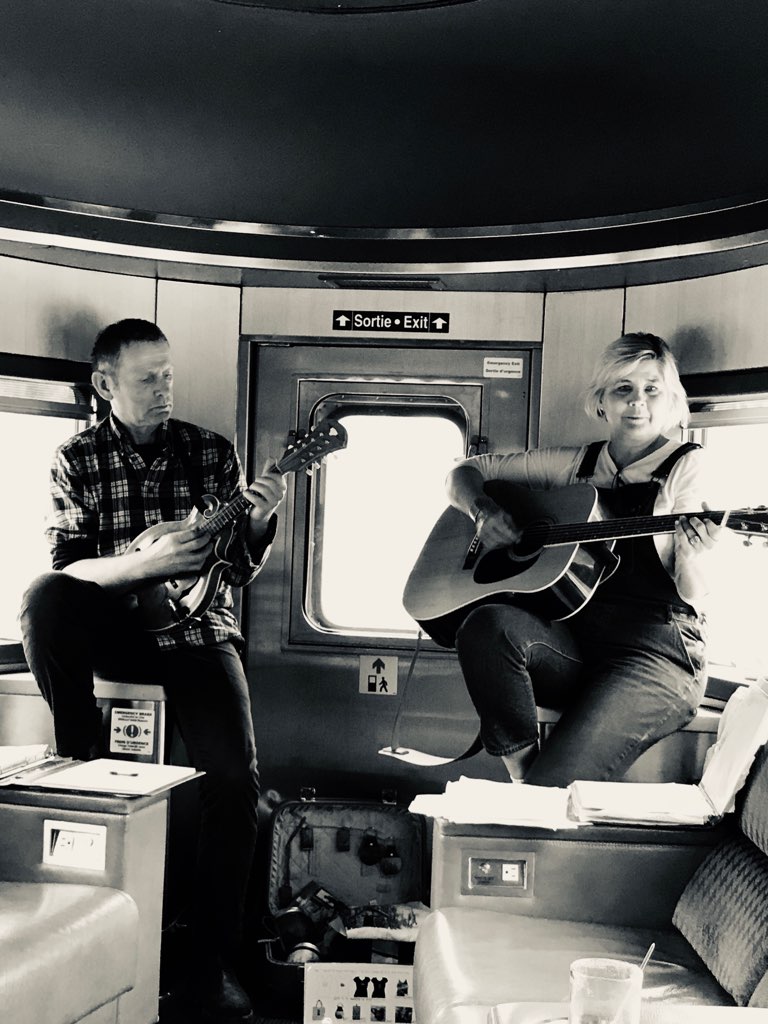 Albert and I started up Via Rail Middle car jam sessions on the trip back to Vancouver.  By happenstance David liked our playing and asked if he could show us some East Coast Canadian songs. Then M.L. told us that her Bill could play and sing the blues.  So there was two and by the end of the trip we had Milton from Montreal sitting in on his harmonica’s. Sing alongs of an array of iconic Canadian songs, some Blue Dirt Girl originals and B. originals became the norm.
Especially great way to pass the time when the track broke outside Hope, train had no WIFI and it ended up being 2 hour stop.

Here is the lovely note that M.L. and B. sent me yesterday.

Thanks again for such beautiful and inclusive performances aboard The Canadian Toronto to Vancouver which departed Toronto on April 23rd.

Thanks again, it was our pleasure to send a nice email to VIA in case you want to do this type of thing again.