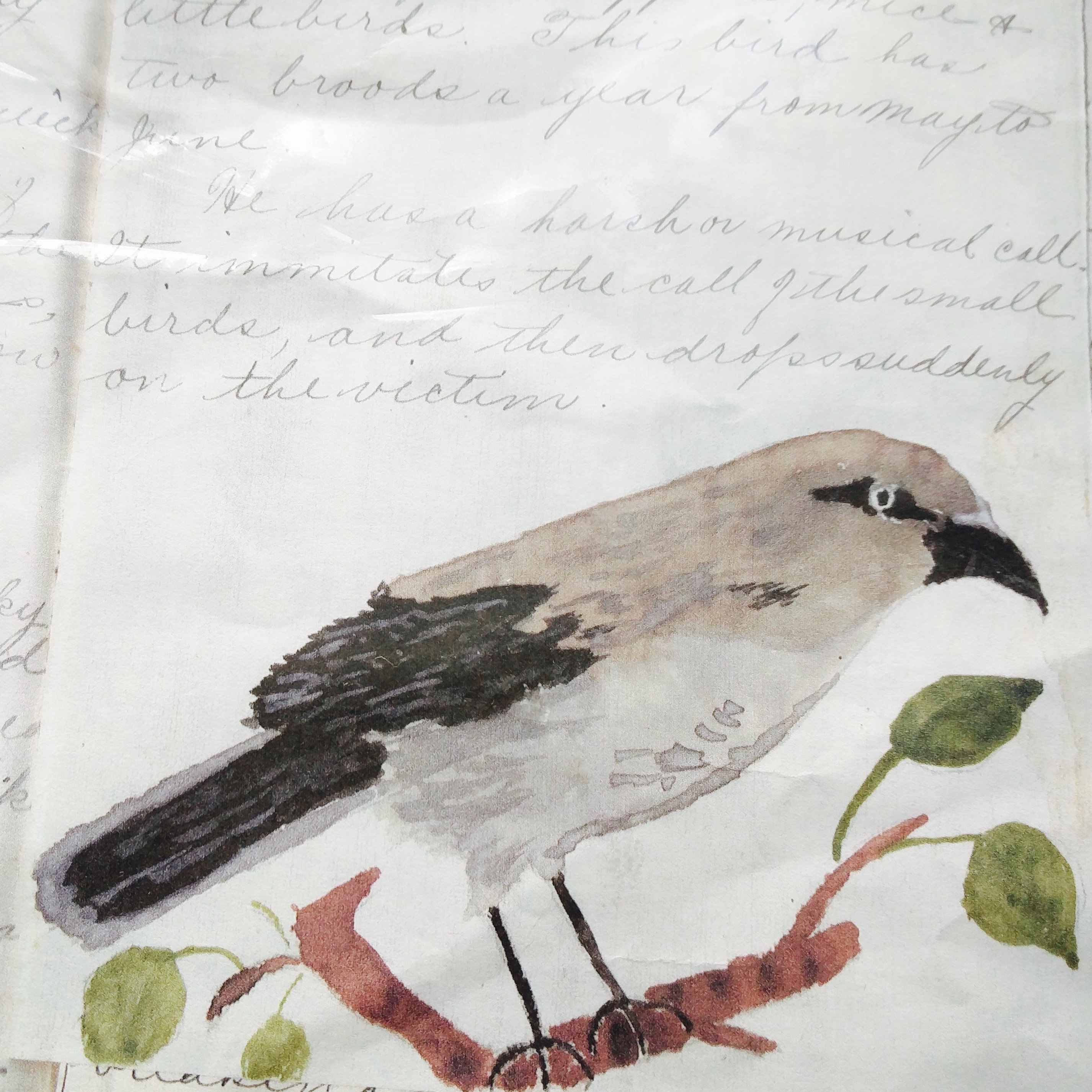 Here is our second MKS post, from June 6, with blue dirt girl, that’s me, Kathryn Sutherland, on vocals and acoustic, my blue dirt girl duo pal Albert Klassen on stand up/vocals and guest vocalist, and my cousin, Moira Chicilo.

Magic Kitchen Sessions are blue dirt girl’s, Kathryn Sutherland’s, simple android phone or live video or recordings with her 12 channel mixing board from a kitchen or back stoop in East Van.

Ms William’s is an original song Moira and I co-wrote about our grandmother Mildred Williams earlier this year.
I have a copy of my Grandma Mildred’s journal from her Normal School training in early 1900’s. In the margins, amid her school work, are beautiful hand sketches and small paintings like the photo posted here.  Stories say that Mildred was an artist, mother, wife,beautiful and fragile.  Raising 3 children in The Depression, on poor Saskatchewan farmland, and struggles with her own mental health left no room for Grandma’s artistic ideas.
This is the first of many songs I plan to write, using my Grandmother’s journal, about my grandmother, and other hearty,  quiet but ferociously talented Saskatchewan artists, women and mother’s, who struggled, thrived and survived the Depression in Saskatchewan.
“because i said i would”

thanks to my Greg for video work and our small but enthusiastic crowd Carol and Kath.