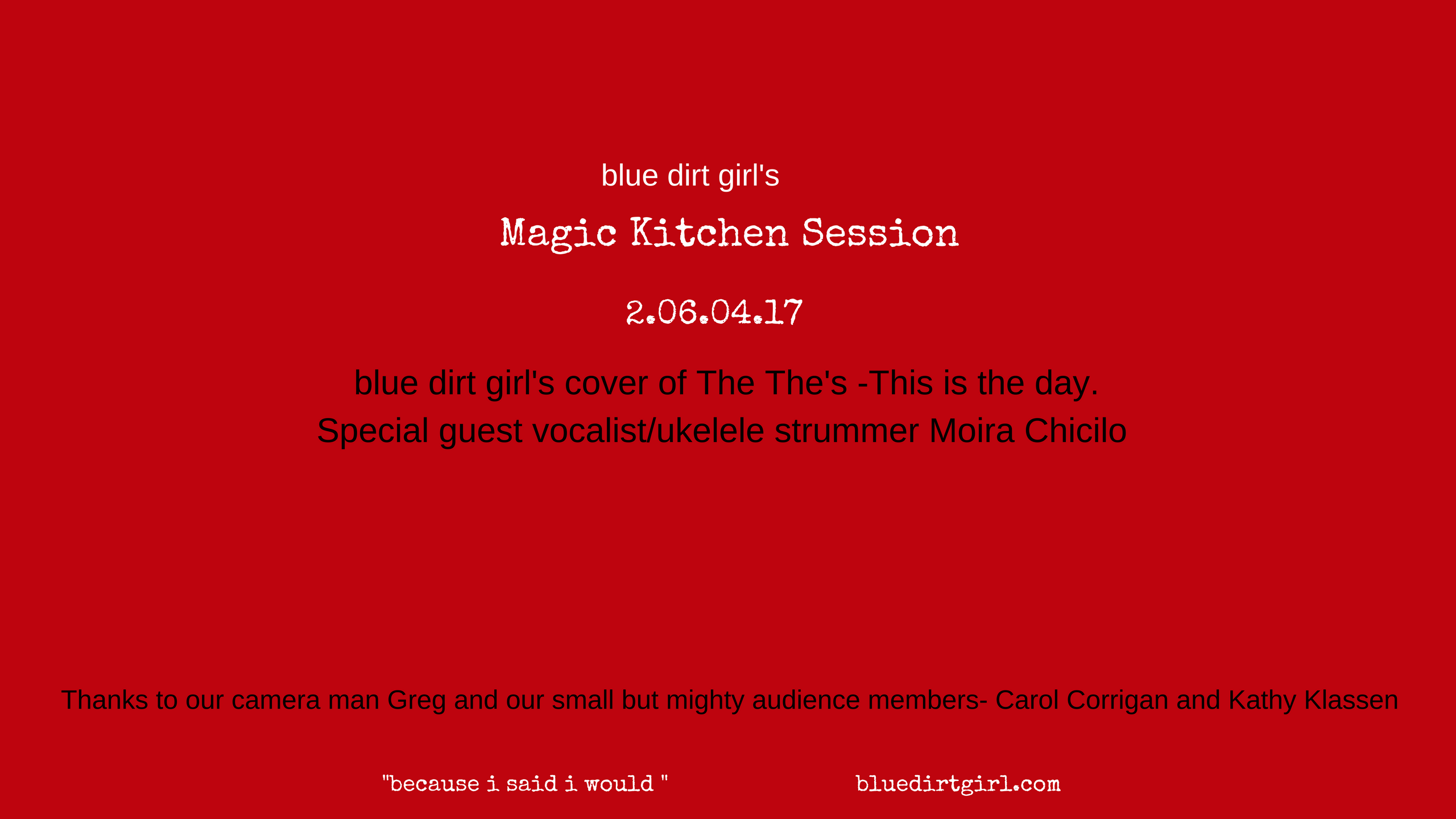 blue dirt girl Magic Kitchen Session #2 with our live cover of This is the Day.
This MKS is dedicated to my dear friend Cliff another bright light gone too soon.

Well what a great evening we had with Albert on stand up bass, looking cool as a cucumber as usual, holding down the crazy energy of myself and my cousin, and our special guest for this live video, Moira Chicilo.

Magic Kitchen Sessions are blue dirt girl’s, Kathryn Sutherland’s, simple android phone or live video or recordings with her 12 channel mixing board from a kitchen or back stoop in East Van.

Go to bluedirtgirl.com to listen, learn, book, purchase our album or singles.

Moira and I spent many an evening in Saskatoon cranking up The The’s, This is the Day, as we prepared for another night of dancing at Louie’s Pub at the University of Saskatchewan Campus.

Albert and Jason created parts on drums and bass and the 4 of us had a blast playing The The’s, This is the Day, an original song Ms Williams, about Moira and my grandmother Mildred Williams, as well as, 2 original songs by Moira, The Ghost and Dusty Wings.  The audience loved it, it was fresh and fun live music for blue dirt girl.

Thanks to Greg Corrigan for videoing the MKS and our small but lively audience Carol Corrigan and Kath Klassen.

Albert and I are playing live tomorrow, Saturday July 8, at The Kino, Cambie at 19th Ave, in Vancouver, B.C.

This is the Day was originally written by Matt Johnson. Recorded by The The in 1983.